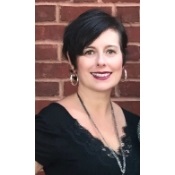 Heather joined Southern Insurance Group in May of 2017 and currently works as an Agent Assistant to both Garrett and Cooper Johnson. She is very excited to work hard and grow with the agency. Heather became a Personal Lines Agent in 2009, when she moved back to Lake County where she grew up. Before becoming an Insurance Agent, she worked for a new home builder in Port Orange, Florida. She has been married to Ron for 22 years and has daughter attending Florida State University and a son at Lake Minneola High School. She also has 2 doggy children, Teddy and Dylan.